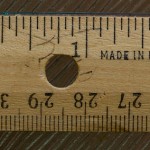 Not all success needs to be measureable.

Something that we discussed recently in the NCI Digital Marketing class was of an expensive display advertising campaign on a popular website which resulted in an abominably poor click-through rate, i.e. the number of people who actually clicked on the ad or engaged with the campaign in the manner intended was very low.

On paper (or in the analytics) this campaign was a complete failure.

However,  the value of exposing the brand to a high volume of potential customers is much harder to measure, but potentially much more valuable to the advertiser.

Tangible Results Are Not Always The Most Important Ones

Campaigns which are not in themselves successful in terms of sales volume, help to create an impression of the brand that could influence a customer even after they have forgotten about seeing your ad.

One interesting example of this, which also came up in class, is the series of Old Spice viral videos and accompanying social media efforts:

While creating an impression of a really successful campaign, the actual sales increase after airing the videos was less than half as that of a close competitor.

But how do you measure the subtle influence that the average punter may have experienced due to this campaign, when they are standing in the supermarket aisle?