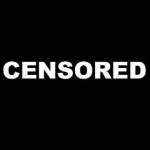 The denizens of the Internet have been shaken out of their reveries today, as major players close up shop in protest of the proposed US Stop Online Piracy Act (SOPA).

SOPA and PIPA (Protect Intellectual Property Act) are two controversial bills which have been proposed in the United States in an effort to combat copyright infringement and piracy online.

Sites such as Wikipedia, reddit, WordPress and the CheezBurger network have participated in an ‘Internet blackout’ today in an effort to raise awareness about the proposed bills and to show their solidarity with the anti-SOPA movement.

If SOPA is passed, then Internet Service Providers (ISPs) would be empowered to block access to the domain names of sites which were called into question, search engines would be ordered to modify search results to exclude sites which host copyright infringing material or their advertisements, and payment engines (e.g. Paypal) would be ordered to close the accounts of these sites. As well as this, sites which host user-generated or uploaded content (e.g. YouTube), could be responsible for any pirated material uploaded by users. SOPA also affects sites outside of the United States, as domain names ending in .com, .org and .net fall under US law.

Proponents of SOPA and PIPA claim that these bills:

Protestors of SOPA and PIPA claim that these bills:

More information about SOPA and PIPA, both for and against, can be found here:

It may seem an obvious point, but those protesting against SOPA are not necessarily in favour of piracy. The only agreement between either side of this argument at present is that while the status of intellectual property online is an important issue, this bill is, perhaps, too broad and open to interpretation.

What do you think? Have I interpreted this argument correctly? Comments welcome..